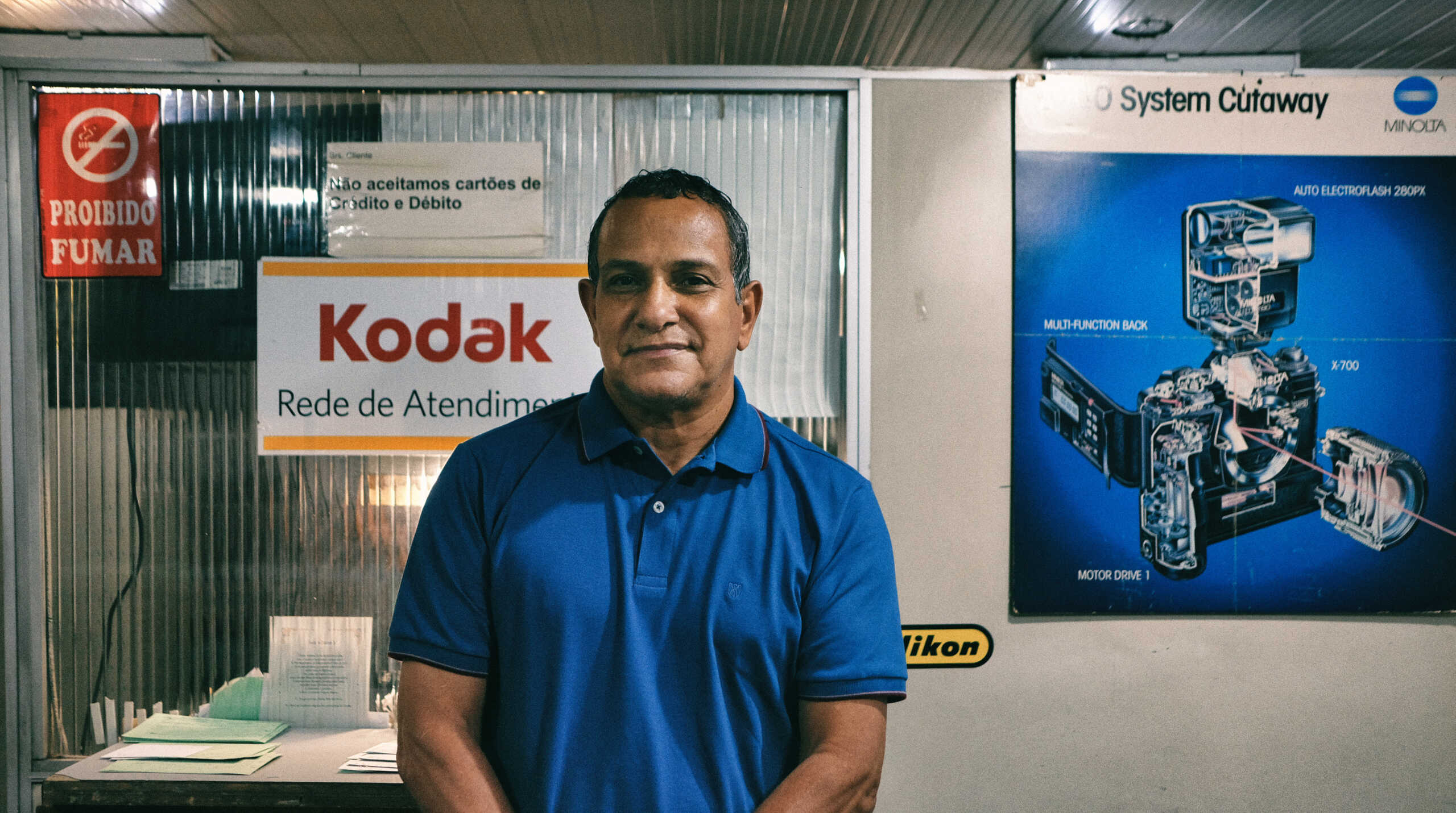 How do you present yourself professionally?

I consider myself a technician. I love the job I do. I do it with great care. These days I mainly make repairs, specially nowadays that analogs are coming. We’re always fixing analogs – digital ones too, they don’t exactly fall behind… I work in this occupation for 45 years and while I’m capable of keep on doing it, I will.

How did you begin?

I started working with Morsani, and I worked with him for 5 years. At the time, Morsani, who was the workshop owner, was still alive. We were friends. He was a really kind elderly man, an excellent person. But sadly, he left us.

And how is it fixing cameras for you? Is it challenging?

There is a few equipment that sometimes are unfixable. Mainly because most of the times people take it to other professionals that lack the proper knowledge, and they end up damaging the material. Then the equipment is sent to us, but it cannot be mend. But when it shows up in a good conservation state in which it is still possible to work with… It’s pretty rare for me giving a piece of equipment back without fixing it – only if spare parts are really unavailable. If I can I’ll even make the part myself. We have people that craft parts for us. And we have lots of scraps, and in many cases, we end up using this offscourings to solve problems.

What is the difference between fixing analog and digital cameras?

Analogs have the advantage of, most of the times, the issue is just a part that needs replacing. Digital cameras are more complicated, and often the issue is with the board and things like that, and it has no fixing – the only way is taking it to authorized service. Unless we have a scrap piece to solve it. Analogs were made to last forever (laughs).

Do you believe that the digital was made to last less? Or is something unavoidable from technology evolution?

I believe that digital cameras require more care. Specially in terms of filming, sometimes people go to events where there’s that laser system, used a lot in closed spaces, and the person is filming with the equipment and the image sensor is exposed. So the laser hits and… It always damages a few pixels or something like that. And then you go on to take a picture and it ends up with lots of dots, or spots. With analogs there’s nothing of this kind, you just insert the film and fire it.

How would you describe your repairing process?

I get the equipment to see what’s happening and make a budget. Actually, duo my experience, lots of time I get the equipment and I already know where the problem is. So sometimes I make the estimate according the problem I have already identified. Digital cameras, specially Canon, have this curtain break problem. It’s one of the most common issues, even in analogs. Nikon usually has the mirror mechanical problem, and sometime it also has a curtain problem duo its usage time… sometimes it breaks, and the shutter wont open. I already have previous knowledge with this kind of mending.

Can you tell a story of an equipment that you fixed and it had a special meaning to you? Or a case when you believed you could not fix it?

Many years ago, when I worked with João, when he was the owner, I took a Linhof, a great machine that you should know, and I found it really cool, really interesting for the kind of machinery it was. And there are a few other models too, like Yashica’s Dental-Eye, big cameras that are a lot of work, it is used on mouth surgery or procedures in general, because they can catch things from a closer perspective. So they’re significative cameras and I found it pretty interesting, its system, how it works, I thought it was really cool. But of all, I mean, that I thought to be pretty nice at the time, and that I got and still remember is the Linhof. It’s a gorgeous camera, so big with so many shutters that you could change, so nice.

Would you sum up your repairing philosophy a few words?

I love it, I think is a neat job. Today, unfortunately, so few deal with this kind of equipment. I have worked a lot, I worked at most of the camera models out there and it’s all equipment that left a remembrance behind.