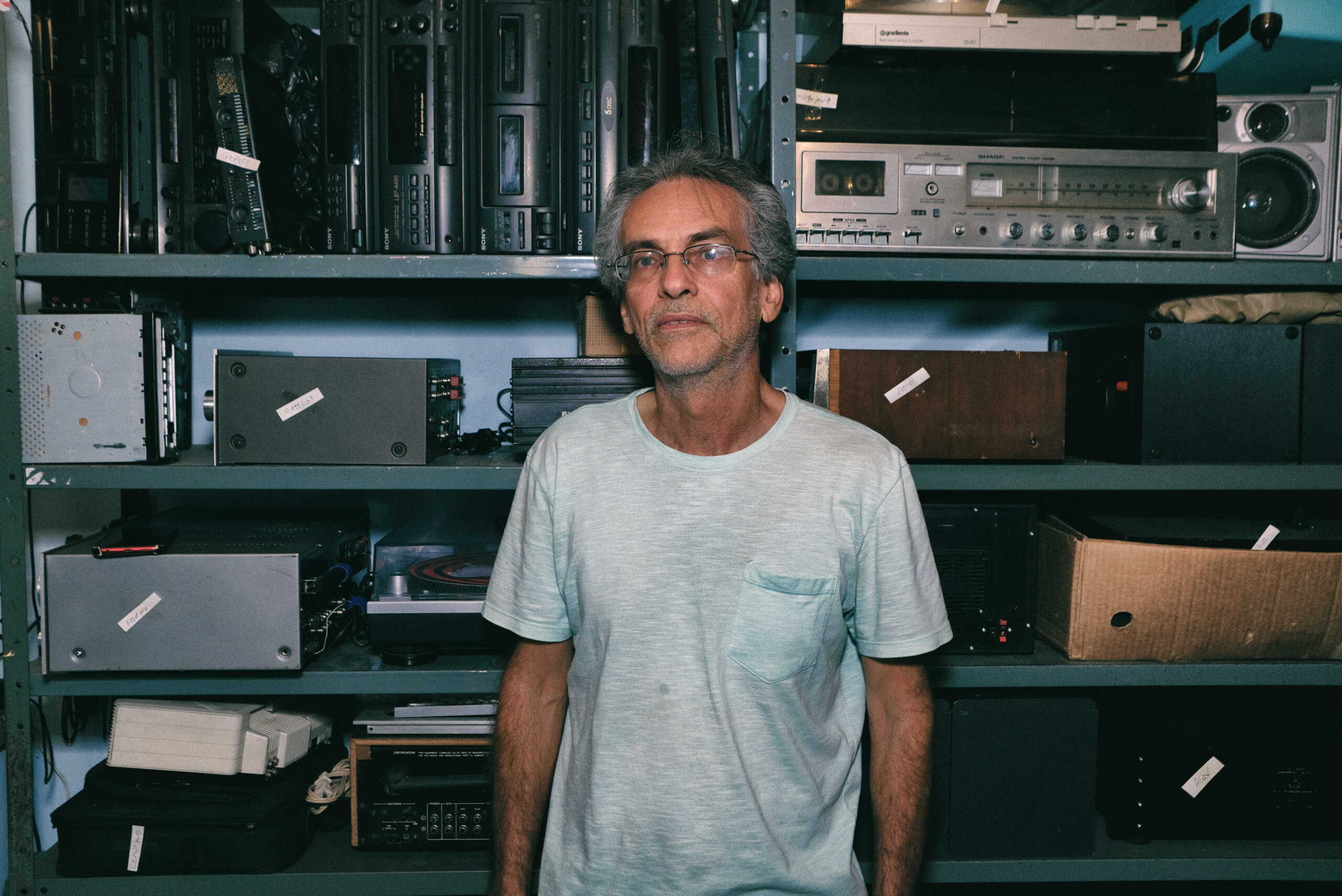 How do you describe and introduce yourself?

And how long have you been working with this?

What is fixing things for you?

In the beginning it was just a challenge, that’s what I liked to do, working with electronics. Then, over the years of work, I noticed that I was also contributing to people’s well-being, because music is the food of the soul, right? So it was no longer just a challenge, but also a way to bring this contact with music to other people, for them to enjoy and feed on music through quality sound. Making an analogy, it’s like curing that person from an illness, putting him/her in life again. She is able to listen to quality music to recover after a hard day, for example, and the next morning, she has new hope and can be ”revived”, starting the day more excited, because she gets he fed on the music and temporarily forgot his problems. That’s why I ventured into the challenge of assembling the equipment. To give people the option of getting good quality but affordable equipment…

What equipment do you manufacture?

Why do you think the repair, care, maintenance of objects are important?

There are several reasons. The first one is quality. Because today, most equipment is digital and to have quality digital sound you have to be a billionaire! But the analogue one does not, it has a much greater durability and, looking at these days, the great challenge of today’s society is garbage. So another reason is that if you keep your old, analogue, good quality equipment without having to buy another one and throw the old one away, you also contribute to the environment. And also for many times, the sound that the person has had for many years becomes part of the family! (laughter).

Is there programmed obsolescence of audio equipment?

For sure. Because digital systems have programs. The digital equipment itself doesn’t do anything, you have to install the operating system, without that it won’t work. Analog equipment doesn’t have that. It will work as long as you want or as long as the parts exist, but most of the time it just stops working when the owner really wants to ship. Because when it is a discrete component, if a component, for example, is discontinued, there is always another one that is of a very close equivalence without compromising on quality.

And how is your repair, repair and construction process?

We develop this process over time, so it’s always good to make a budget and assess the defect and the general condition of the device. Each device has its own circuits: power supply, oscillation, output, pre, filter, that is, the electronic circuits that make it up. So you analyze the circuits, the defect and, with experience, you can already assess the time it will take to fix it, so you specify a labor cost and the necessary components.

Do you usually fix everything yourself?

Most I fix myself. I only outsource some components. In the case, for example, of a power transformer that is very specific and that there is no similar, then there is no way. Are you going to lose the equipment? Not! I take the transformer, which is a specific part, and take it to a company that manufactures transformers. The professional will redo it just like the original. Sometimes a speaker, or a speaker, the original doesn’t exist anymore, nor a similar one, then the sound will be too out of tune. So there are companies that take the speaker and change the repair, use only the metal and magnet parts and put the cone and new moving parts, so the customer doesn’t lose the speaker. So, in these two cases, you need to look for an outsourcing. But not the rest, because transistors, resistors, all that is available, just replace the damaged one.

I imagine that, from your experience, the diagnosis stage is more dynamic. There must be equipment that you just look at and already know the defect.

Yes… As time goes by, we develop not only the technical part, but also vision and hearing, so sometimes, just by turning on the device, you already know more or less what is happening to it, due to the noise that he promoted. And the look too, sometimes you already notice, for example, deteriorated spots or some oxidation, or a dry hair… Only in the vision, but that’s over time… And after that, the technical part comes in, the evaluation of the electronic circuit.

Do you have an example of something you fixed that was a challenge, or that had a special meaning?

I have several stories… for example, of equipment that suffered an electrical discharge. Sometimes it takes two months to fix it, but the person is extremely satisfied with it, happy… bring you a gift, even things you don’t use, but you receive it with all affection, right? A specific story was that of a client who became my friend, he had a very old piece of equipment that nobody wanted to touch, I fixed it for him and he said: “See? People often think that it’s just the doctor who gives the person his life back, but you’re giving my life back!” It was a repair that left a great impression on me, and only even though you were present for you to realize how happy he was with that equipment working… which belonged to his father… There are also many who complain. But there are those who really value it, and with that you are stronger to continue your work, following your parameters of doing the best, the most certain, even if sometimes the final value is not the most satisfactory for the customer, your experience The technician has to speak louder, even at the risk of the client not authorizing the service, which has already happened. But it’s part of life, right?

Do you think this type of work has been more valued?

There are always those who value and those who don’t. But it’s currently reaching out more to young people. In general, most people don’t give it much value, they don’t take care, they don’t use it as it should be used… But the return of vinyl to Brazil aroused this interest in young people, because vinyl needs a different treatment, it excites the person, that she starts to realize that everything she did was way out of her life… The vinyl awakened things she hadn’t seen before. Calling a friend, a friend, a brother, a relative…and sitting down and doing nothing else, except listening to that song they both like… So this vinyl comeback was really cool.

If you could sum up your repair philosophy in a few words, what would they be?

I even put it in the name of my company with my philosophy: “APH Audio Fone’’ – APH is agility, punctuality and honesty, so I have guided myself and I am guided to this day in these three interesting parts of life, which help everyone. And that’s what made me get what I got. I can’t complain: it was very good and it’s been very good, because I spent 31 years at the same address, without having to advertise anywhere, and I was only forced to close because of the pandemic. So this philosophy that I implemented in my way of working worked well! Because people indicated and the service arrived. It is very important that you do the job well and charge a fair price. Everything has to be in agreement. Being agile and punctual is also very important. And honesty is because if you said something, you have to comply, but who is this professional?