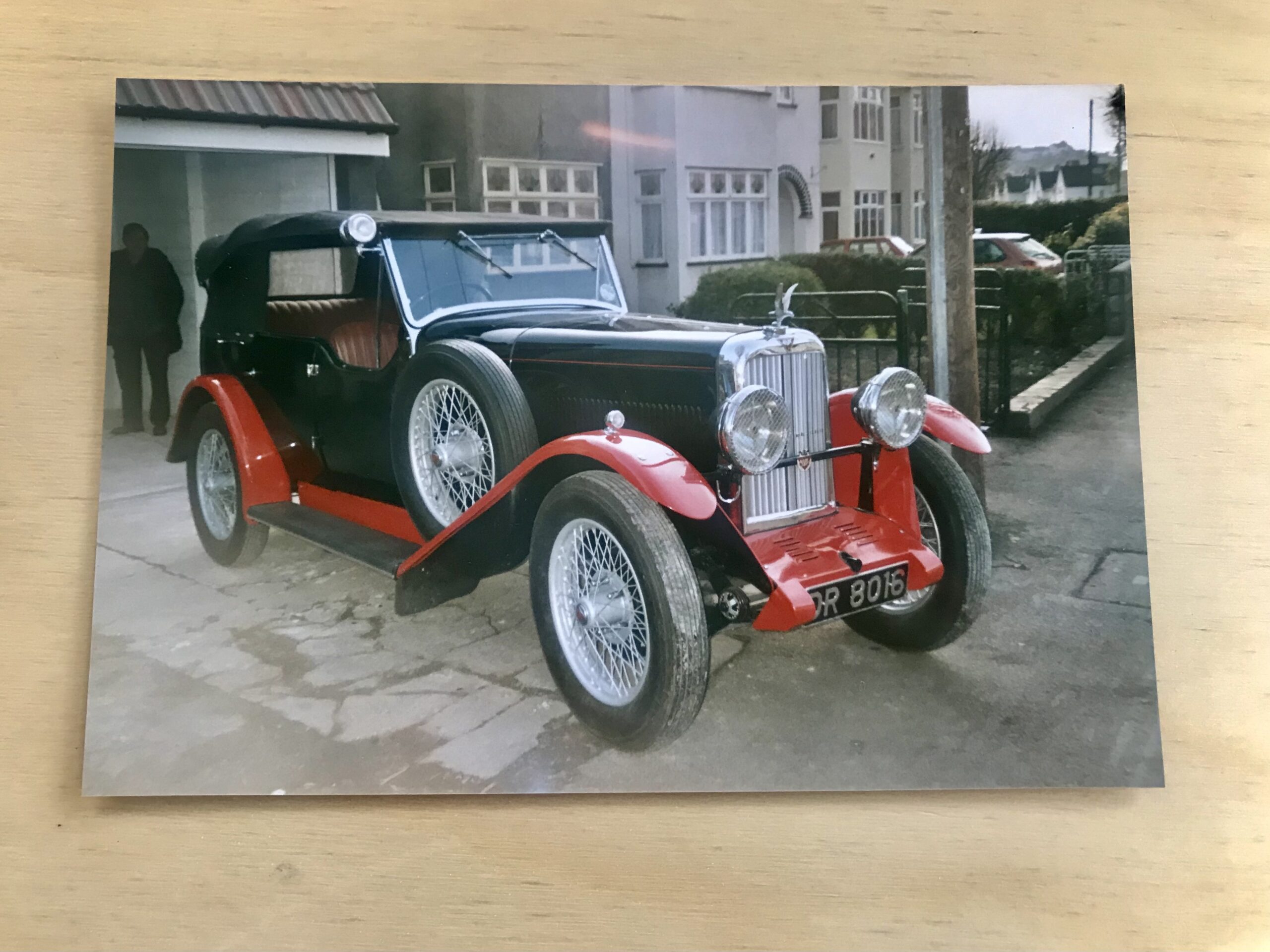 As an engineer. A sheet metal worker mainly, but I can do most engineering jobs. I can strip an engine, put an engine back together, make panels for cars – anything to do with metal really.

It started for me at the age of 13 at school; we had metal courses, where we could use a lathe or a forge, and we could do woodwork as well. Nowadays I don’t think they let you do it in schools because of health and safety, which is a shame because in my opinion, you can’t make an omelette without cracking some eggs! Then I did an apprenticeship in a silk screen printing place and at a metalworks making ice cream signs, bread tins, things like that.

After that, I worked at Longwell Green coachworks and then I did 2 years of National Service as tank driver when the Berlin wall went up. When I came back, I went back into sheet metal for a company called Fry’s, commonly known as Cadburys, and I worked there for 25 years, I was 72 when I retired. I stayed there right up until the end, I ended up making stuff for transporting machinery to Poland when they were closing the place. At Fry’s, because they knew me so well, I would say, “I’m going to do something for myself,” and they’d let me do it and use their machinery that I didn’t have at home.

I think they used me as a person who would think outside the box. They would say, “If you’ve got a problem, give it to Ted, he’ll sort it!” Even after I retired, one of the last factory managers came knocking on my door to ask if I could make something for him – so I never shook it off!

People believe I can do anything and everything – which isn’t strictly true – but I don’t let any job beat me – there’s always a way around it!

What role does the repair of objects or materials play in your life?

Well, it’s become my hobby as well as my life. People say to me, “how can sheet metal work be your hobby as well as doing that for your job?” and my answer to that is: if you like your job and it’s your hobby, then why not be happy while you’re working? That makes perfect sense to me. I never get tired of it, otherwise I wouldn’t be doing it at this age.

People who are accountants, or computer engineers, say to me, “I wish I could do what you do because at the end of the day you can show something for a day’s work” – whereas I got the satisfaction that I can always look back at it.

If you go out in my garage, I don’t think there’s a tool in the trade I haven’t got. The thing I haven’t got, and I wouldn’t want is a CNC machine because that is computerised and I haven’t got a computerised brain, for me, it’s all in the hands and in the mind.

Can you describe your repair process?

I can’t describe to people how my brain works, but I like a challenge. My teacher used to say I got the patience of a saint, but I know some people wouldn’t believe that. It’s in the brain somewhere, I don’t know how to describe it, it’s like a built-in mechanism.

With repairs, you always end up doing more than you expected. You start doing the basics, and then a bit more, and then it’s like a fever and once you got it – you have to keep going!

Sometimes the best thing is to take it all apart and start again; taking it back to the bear bones and then reconstructing it back together.

If you get cheesed off, or you get annoyed, then I put it down, walk away, make a cup of

tea and come back. Or sometimes I go play the organ or the piano – and take my revenge out on that – before going back to the job.

When I was working for Cadburys, I would go to sleep but I would still be working out how I was going to fix that thing in the morning! I still dream about it sometimes.

Describe one object – why you repaired it and what it meant for you?

Granny’s chair over their – I repaired that. I think they call that a hall chair; that meant a lot to me. Granny lived till 90, a number of years after she passed away I decided to get the hall chair from the loft and decided to repair it. It was just a case of glueing and screwing some bits down. Granny was one of my mentors growing up, and she had a big influence on my life. During the war, when I must have only been 5, or 6, she showed me how too darn, to fix a collar, fix the turn ups on trousers.

Why do you think the care and repair of machines is important?

Lots of things are not made to be repaired, they’ve been designed in such a way that you have to take half a car apart to change a light bulb and you end up with a £100 bill for a 50p light bulb – it’s absurd.

Repair is important to keep the skills alive, because it makes us self reliant and because it’s good for the environment. You’ll always get better satisfaction from making something yourself then going down and buying it. We live in a throwaway world. We’ve got so much plastic, and rubbish in the sea which is killing the fish which is part of our livelihood.

What is your repair philosophy?